Asst. Prof. Surapong Lertsitthichai who is a director of Creative Economy Center of Mahidol University has created a “Thai Musical Instrument Tuner Application” to develop the tuning system for Thai musical instruments. That application has been developed as a mobile phone application called “THAI TUNER” in both iOS and Android. That is maintaining the Thai music standard along with the society, development of a modernized Thai music tuning, and improvement of unstable frequency of Thai music sound. 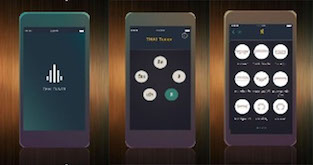